Hey, I promised to tell you about our second day in Star Valley, Wyoming and what I did during my wife’s art class.

Well, after the 18 plus miles the day before, I was not ready to do another long run, so is consulted the Google god and thought I would take a run up north, through Afton to a park called Canyon View Park.  According to the faults Google god it was only 4.2 miles away.  So I calculated that it would be an 8.4 mile run.  Very doable run and downhill according to my logic but this run ended up being over 13 miles!

I started at the hotel at the bottom of the picture and ran north up to the park (the squiggly lines at the top of the map is the park), then I ran back through town and out to the farm lands and then back the hotel.

Remember, my goal on this run was to achieve Rim Lighting in the pictures; this was the lighting of the sun that is back of the object and makes a glowing rim on the object.  I never knew about this rim lighting before this trip, but now as I look at paintings of famous artists, paintings around the house, and some of wife’s paintings, I see rim lighting everywhere.

So I ran north along the bike trail along Highway 89.  The bike trail ends at the Gardner Store and Gas Station.  I thought I would try to find a way to run off of the main highway, so I headed west towards the Afton airport.  I quickly found out that all roads were dead ends, so I cut in back of Afton’s only car dealership and merged at the Church of Jesus Christ of  Latter-day Saints’ new Temple in Afton. I tried for Rim Lighting but I just could not quite get it. BUT if you look at the hills in back of the Temple you will see RIM LIGHTING!!! 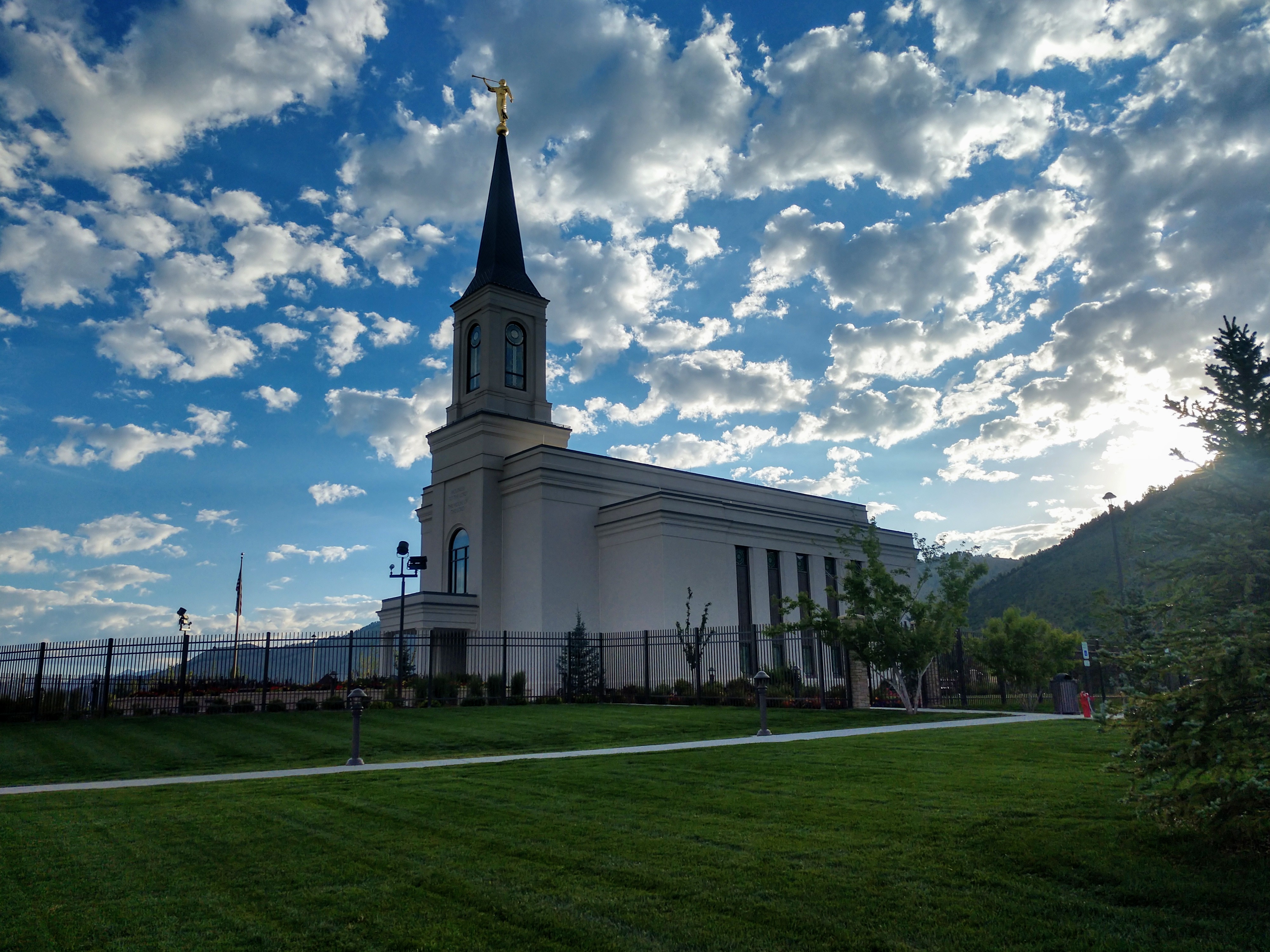 Being one to not to give up so easily I tried another shot, As you can see, I almost succeeded but the clouds kept getting in the way.  Poor Moroni was a really difficult. 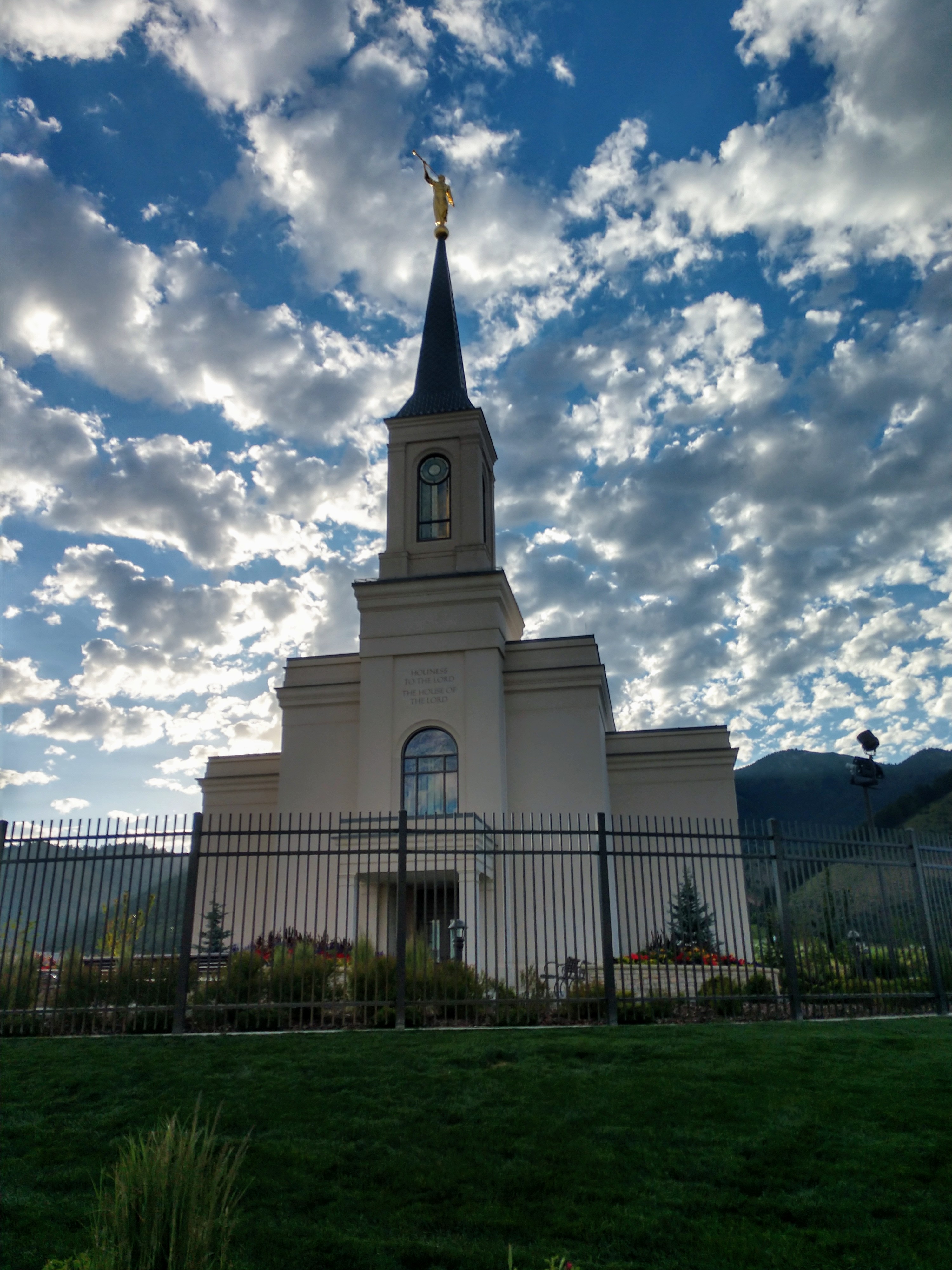 So I kept running north and came across this building:

I don’t know if you read this but is says basically that in 1886 a group of pioneers came up from Bear Lake Utah area to settle this valley.  It also says a log home with dirt roof served as church, school and a public meet place from 1886 to 1897 when it was replaced with a large frame building with a bell tower that called the people to church and other meetings.